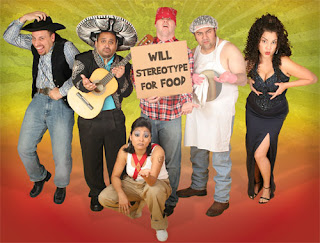 Some time ago, my husband and I were in New York City and our friend Willis invited us to come to the party with him. The party was in an apartment near Columbus Circle, overlooking Central Park. It was a pretty big crowd with about 100 people attending. At some point during the conversation,one of the other guests asked me how I was invited to this party.

"We came with Willis"  I said
"Who is Willis?" the men inquired.
"A friend of Robert".  Still, no recognition.
"The tall, skinny guy, over there..."  I continued but he still have puzzled expression on his face
"Talking to Meghan, with a glass of champagne"  I tried to identify our friend, annoyed, because it seemed to me that Willis was plain in sight.
"Oh, the Black guy!" he finally got it.
"Willis, the guy in the red shirt" I insisted stubbornly.

I am not trying to show you here how politically correct I can be. I just couldn't get over dumping Willis into this huge 'Black guy' bucket. Willis is smart, funny, flamboyant, artistic and gay. I thought of two other 'Black guys' that were part of my small team at work. Adi is a big, tall men, was born in Sierra Leone, is a single father and avid sports fanatic. Bernard wears Afro, is always proper and dignified and very active in his church. Willis has probably more in common with my husband  (no, not he gay part) than with my coworkers.

Our friends Rose and Mark got married . Rose is an American citizen but she was born in Honduras. Mark is Swiss. They decided that they will live in  New York where Mark will try to get a job. He was a lawyer in Switzerland. They went to INS to start naturalization process for Mark. They had totally confused INS workers because they all started talking to Mark, assuming he is sponsoring Rose, not the other way around..

Mark tried to get a job, but it proved harder than they though. He is a confident man, but he is soft spoken and understated. When he went on interviews, he talked about his limited abilities. Nobody could take him seriously, because hearing he is a lawyer, they expected assertive, articulate and aggressive and he was none of it.  After over a year of trying to find a job in NYC,  Mark decided to accept a job with UN through a Swiss company.  As a part of his assignment, he had to travel to Sierra Leone to prosecute war criminals. After he was there for a few months Rose decided to join him in Africa. Children would come up to her to touch her jet black, waist long straight hair and for a first time in her life, everybody referred to her as a 'White Woman' .

My skin does not signal a difference but my voice does. Many times I meet someone for a first time, I say one sentence and they are asking me "Where are you from?" . It is not that I want to hide my heritage. But is seems kind of personal question. If I happen to notice that somebody has a nice car, I don't ask them how much they make, even if I was curious and I wanted to group owners of BMWs into some kind of list of reference in my head. I also noticed that the people who quickly pop the 'where are you from' question, usually don't ask me about anything else after that.

I am Polish, by the way. Once they learn that, they usually tell me that their cleaning lady is also Polish and that they really like her.

I talked about it with my Puerto Rican friend and he sent me this: 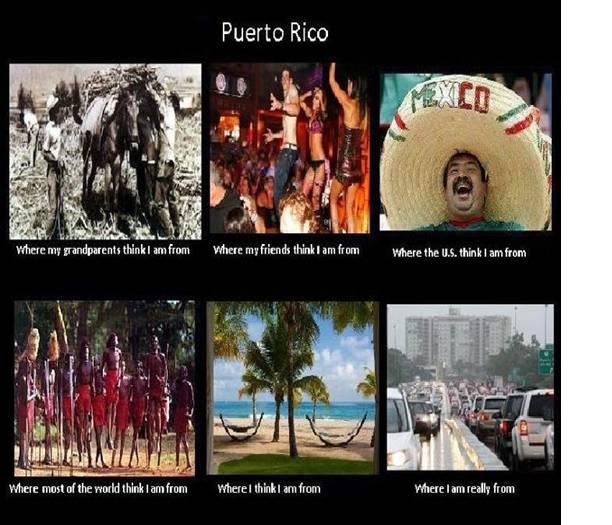 Fashion, on the other hand, is the opposite of racial and ethnic stereotypes. It is the way we consciously create our exterior image. It is the story we want to tell about ourselves to the outside world. We don't pick our skin color or the country we are born in or even our family. But most of us can pick our clothes and some of us like to use them to create meanings.


That's why fashion is not superficial (read more about it HERE on one of my favorite blogs, authored by my friend, DaniBP) and interestingly, many times we find out that we have more in common when we share the elements of personal style than when we share the genetic or ethnic background.

There are many other ways to be stereotyped, being a woman, being young or old, being religious, being from the South, being vegetarian, being a teacher or SAHM....

Have you been a victim of stereoptyping?
Do you think we use fashion to defy stereotypes?